Anytime is a good time to celebrate when the 101st Army Hot Seven Jazz Band is in town!  The instruments of the band (trumpet, clarinet, trombone, tuba, banjo, piano and drums) have been synonymous with revelry for over a century. This mirthful military band’s repertoire features music from the beginning of jazz, bringing the hits of Louis Armstrong, Cab Calloway, Jelly Roll Morton and many others to a new generation of traditional jazz enthusiasts. Regular favorites at the legendary Sacramento Jazz Jubilee and Monterey Dixieland Band Bash, they have also performed for senators, governors, and heads of state from around the world. As a component of the Colorado National Guard’s 101st Army Band, these soldiers honor their nation through the most original American art form — Jazz! You can even find them listed as an example of a Dixieland jazz festival band in the second edition of Jazz for Dummies. Their encyclopedic variety of songs and virtuosic solos will entice you to dance in the aisles and sing along as the 101st Army Hot Seven Jazz Band gives everyone within earshot a reason to live it up! 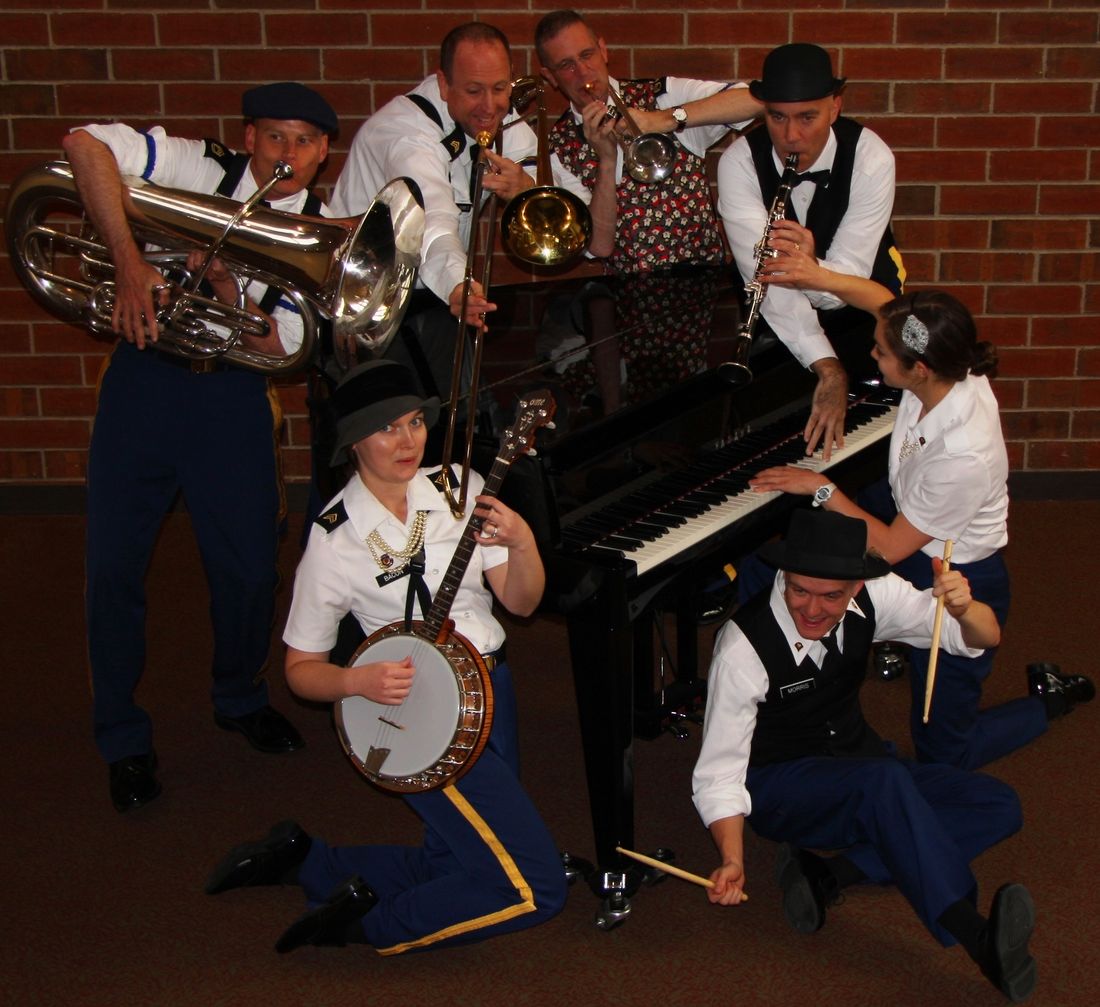